Half German and half Norwegian, born and raised in Spain, she paints remarkably on silk and makes jewelry. We asked her to give her view on Luxembourg. 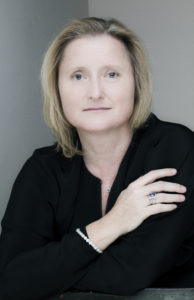 Violette how long have you been in Luxembourg?

We have lived here since August 2010.

What are your main life steps ? What studies did you do and what is your main activity?

I studied at the University of Oslo, with a Major in Musicology and minors in Art History and Tv and video production. Lately, I have done several courses in different jewelry-making techniques in Oslo, London and NewYork.
Now I am concentrating on my arts and crafts. I paint on silk and I make jewelry. I am very happy to be able to do that. I had my first solo show at the Dante Alighieri association in Luxembourg last November. Now I am preparing a show in Madrid.

How many languages do you speak ?

Is multilinguism always an advantage ?

I think yes, unless you want to live in an isolated place with little contact with the rest of the world.

Learning a language in Luxembourg

Can you give me one word in one of the many languages that you speak which is impossible to translate into other languages?

Duende. This word means the sort of magic and charismatic force that gives an artist a special power of expression that captivates the audience. There are many good artists but very few have « duende »!

What is your definition of interculturality ?

I was born and raised in Spain. Half German and Norwegian with some other influences as well. I actually feel at home in many places and cultures in Europe. To me this is an advantage. I like to surround myself and be part of a multicultural environment. As an expat I am not only part of the Norwegian expat community I am blessed with having friends of all nations, believes and cultures, that enrich my life and expand my knowledge. Interculturality is not a word. It is a way of being and educating your children to face a future where we can live better together and respect one another. Again, this will reflect on a better and richer life for us and for future generations.

Tell us a few things that have surprised you when first arrived in Luxembourg?

I must say I was surprised when we went to the doctor the first time with the whole family. She asked : « How do you like Luxembourg? ». We said : « it feels good and easy to move here and everywhere you go you hear a lot of languages. » Then she said – and this is a Luxembourgish doctor : « You should be aware that here we have 2 societies: the Luxembourgish-one and the foreigners-one and they don’t really mix. »
I was surprised that she felt she had to warn us about this. But she was right and I think it is a pity. I understand that there are a lot of expats here but many have also been here for decades and, yet, very few claim to have many Luxembourgish friends. I understand that, as a local, you may not want to start a friendship with people who come and go all the time. Nevertheless, when the government talks about integration they need to do a job with the Luxembourgish population as well;  in fact, in order to integrate both sides need to be willing to make an effort.

I think that it is very easy to get used to this « small village life » , where everything is close and easy compared to how long things take in bigger cities. When you move, I am sure you will feel that normal things take a lot more time than here.

Having travelled and lived in many different countries how would you describe your life in Luxembourg compared to the other countries ?

Life in Lux is calmer. For me I really miss the sun.

What would be a good integration tip that you would give for a women /or a man coming to Luxembourg following their husband/wife ?

There are several expat groups on FB that have different activities one can join. Also we have an excellent Philharmonie with all kinds of concerts, the Rockhall, and several nice museums and galleries. In addition, a large network of tracks in the woods are nice ways to discover the countryside. We also are close to many wonderful places to visit in Belgium, Germany, France etc so there is no possibility to get bored. One advice is to go where you can meet other people in the same situation so you can make friends quickly.

For more info about Violette’s work see her website. 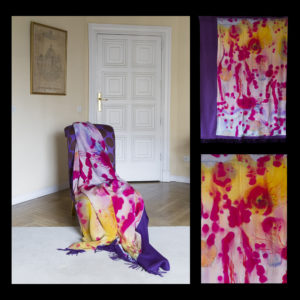