Nizar Qabbani is an Arab poet and diplomat.

His childhood was characterized by a wonderful love of discovery, disassembling of things, returning them to their parts and chasing shapes.
While a student in college he wrote his first collection of poems entitled The Brunette Told Me. It was a collection of romantic verses that made several startling references to a woman’s body, sending shock waves throughout the conservative society in Damascus.
After graduating from law school, Qabbani worked for the Syrian Foreign Ministry, serving as Consul or cultural attaché in several capital cities, including Beirut, Cairo, Istanbul, Madrid, and London. In 1959, when the United Arab Republic was formed, Qabbani was appointed Vice-Secretary of the UAR for its embassies in China. He wrote extensively during these years and his poems from China were some of his finest.
He continued to work in the diplomatic sector until he tendered his resignation in 1966. By that time, he had established a publishing house in Beirut, which carried his name.

Nizar Qabbani married twice, the first of his cousin « Zahra » and gave birth to “Hadba’a and Tawfiq”. The second of the Iraqi « Bilqis Al-Rawi » and gave birth to Omar and Zainab. His son Tawfiq died at the age of 17 with a heart disease and was a great shock to Nazar. He mourned him in a poem “to the Damascene prince Tawfiq Qabbani”. In 1982, Bilqis al-Rawi was killed by an explosion in the Iraqi embassy in Beirut. Her death left a psychological impact on Nizar and he mourned her with a famous poem with her name “Bilqis”.

After the death of Bilqis, Nizar left Beirut and moved in Paris and Geneva until he settled in London where he spent the last fifteen years of his life. From London, Nizar was writing poetry and raising battles and controversy .. especially his political poems during the nineties, such as: When they announce the death of Arabs, And The joggers.

He died in London on April 30, 1998 at the age of 75 years spent more than 50 years in love, politics and revolution.
Over the course of a half-century, Qabbani wrote 34 other books of poetry.

Coming from Old damascus left a huge nostalgie and love into his memory, his famous Damascene poem is known and loved from all Syrians.

This is Damascus .. And this is the glass and the goblet
I love … and some love slaughters
I am a Damascene .. If you cut my body open, It shall spill grapes and apples
And if you open my veins with a blade, You 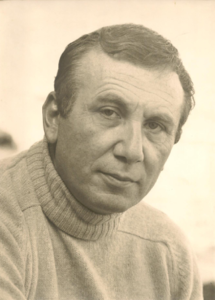 shall hear in my blood the voices of those who left
Planting another heart .. Heals those who love, but my love can not be cured
The minarets of Damas cry as they hug me, And for minarets .. like trees ..  have Souls
Jasmine has rights in our homes ..
The domestic cat will fall asleep where it pleases
Coffee grinder is part of our childhood, How shall I forget? the fragrance of cardamom
my roots .. my heart … and my language, all are here
How shall I explain? Adoration can not be explained?
How many Damascenes maidens clacked her bracelets to flirt with me … and poetry was the key
Fifty years .. my parts are scattered.., Above the ocean .. where the horizon has no light
Spitted by seas with no shores, Haunted by Demons and ghosts
Why does our nations look like a widow?
why is there no joy in history books?
And poetry .. What shall remain of its originality? When it’s stolen by thieves and fawnings
And how shall we write, with locks gagging our mouth?
Where every second a killer comes
I carried my poetry on my back and it hurt me
What shall be left there of it when I die?

Arabic version of the poem.