« There are, certainly, in the painter’s paintings, boats and houses, trees and birds, clouds and rivers, – and why not? Things are there and find themselves as if they emerged from a magma of crushed colours or delicately placed on the canvas, as if they were born involuntarily, as if by chance, in a kind of spontaneous generation. […]
It is a « Little bang » that the painter makes and remakes with all the necessary modesty, like a poet weaves words at random on occasions. Sounds and colours sing softly, like water flowing and children laughing in their dreams, in a suspended and lyrical time, all in pink, sky blue, white… That’s what painting is for, when the weather is fine. In Guilherme Parente’s painting and painting, the weather is never bad, because of metaphysical impossibility. And that’s very nice, in this lyrical Portuguese painter and out of time. »

Who is Guilherme Parente ?

Born in Lisbon, in December 1940. In the early 1960’s he studied painting with Master Roberto Araújo at the Nacional Society of Fine Arts in Lisbon and later, the engraving at the Cooperative Society of Portuguese Engravers.
In the years 1968, 1969 and 1970, he studied at the Slade School of Fine Arts in London, as scholarship holder of the Calouste Gulbenkian Foundation.

His first solo exhibition was at the S.N.B.A. Modern Art gallery in Lisbon. In 1973 he enters to the direction of the National Society of Fine Arts, where he stands until 1989. He belonged to the group « 5 + 1 « , jointly with painters João Hogan, Júlio Pereira, Teresa Magalhães, Sérgio Pombo and the sculptor Virgílio Domingues.
In 1986, he returned to London, again as a fellow of the Calouste Gulbenkian Foundation, to study holography.

In 1975 he received Malhoa’s Award; 1989 the painting Award of the National Society of Fine Arts and in 1992 the 1st Biennial of the AIP award. 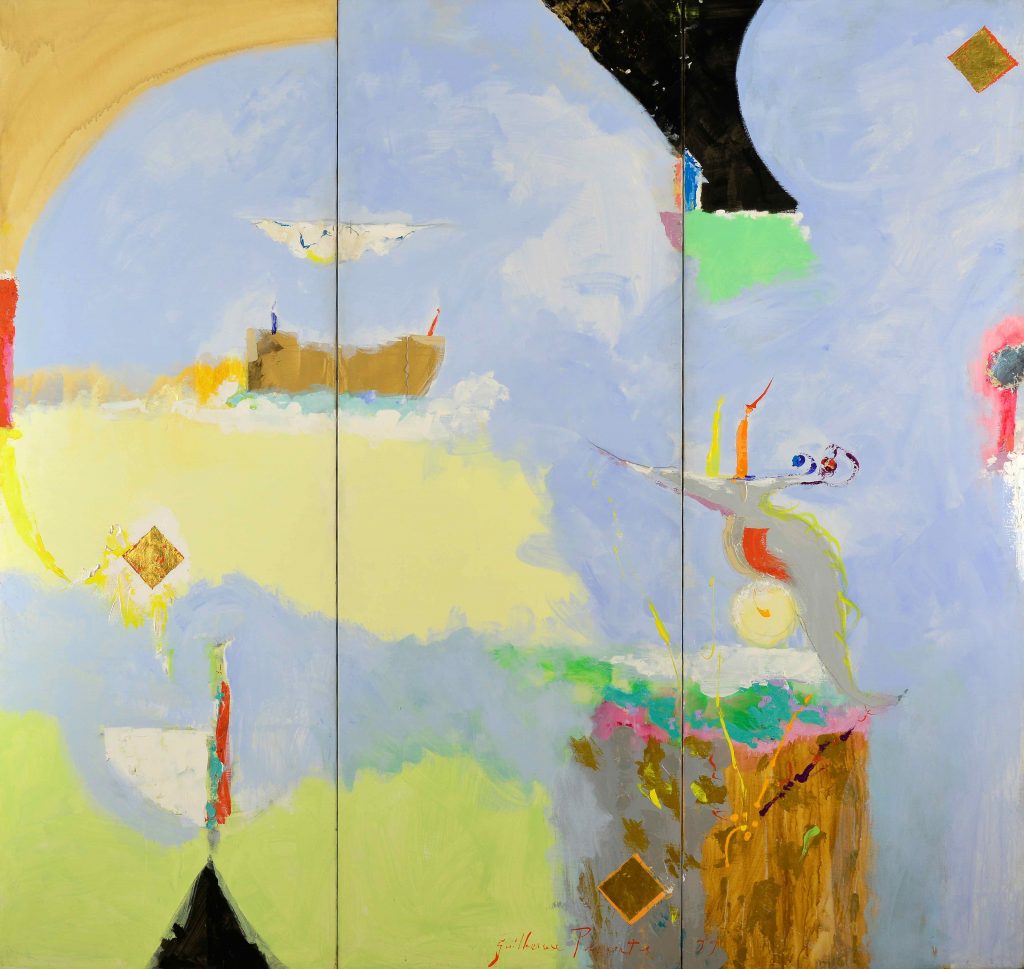 More information about cultural centers and museums in Luxembourg ?