On this page we present a quick overview of the greek community in Luxembourg. You will find information about the institutions, the associations, Fb groups, and other useful references related to this community in the Grand-Duchy.

What about the greek presence in Luxembourg ?

The first Greeks came to Luxembourg in the 1950s to serve in the NATO Support and Procurement Agency. In the early 1980s, when Greece joined the EU, a significant number of Greeks arrived in Luxembourg to serve in the EU institutions.

Most of the Greeks in Luxembourg work at the EU institutions, the financial and the ICT sector. There are also several Greek restaurants that employ Greeks. The European School offers studies in Greek at all levels of compulsory education (primary and secondary school). Graduates of the European School can participate in the special public exams in order to be admitted to the Universities and Military Schools in Greece.

Greeks are very tight with their traditions and culture, especially when they live abroad and miss their homeland. Several of these traditions are associated with culinary habits and practicing their religion.

Thus, the Greek Orthodox Church of Agios Nikolaos (Saint Nicolas) in Weiler-la-Tour (1a, rue du Schlammesté, L-5770, Weiler-la-Tour, ekklhsia@pt.lu, +352 2667 0364) is not only a place for Greeks to practice their religion, but is also a meeting point for the Greeks in Luxembourg. Often, the Sunday service is followed by a coffee break with cakes.

Marriages and baptisms also take place in this Church. Christmas and Easter are celebrated in Luxembourg, at the Church, people’s homes and Greek Restaurants. Parties, speeches and theatre plays also assist in keeping traditions such as the carnival, national holidays and other key dates in Greek cultural calendar.

Greece has got 2 National Days : March 25, which is the uprising against Ottoman domination in 1821 and 28 October, which is the « Day of No », i. e. the rejection by the Greek dictator Ioánnis Metaxás of the ultimatum issued by Italy on 28 October 1940

Embassy of the Grand Duchy of Luxembourg in Greece

The Community is organising various activities including cultural events, concerts, photography exhibitions, Luxembourgish and Greek Language courses and other.

The Hellenic Culture & Dances Club was founded in 1986 as a member of the Cultural Circle of the European Institutions in Luxembourg, an organisation sponsored by the European Union that encompasses many art and sports related clubs.
The goals of this club are to promote Hellenic culture and to provide its members with quality teaching of Hellenic traditional dances. The Club currently has more than 130 active members including a good number of members of non-Hellenic nationality.
Twitter: @HellenicDances

The Greek Cinema Club of Luxembourg has been operating as a non-profit organization since 2002, displaying Greek films of the last decades (’80, ’90, ’00). The screenings take place once a month in Utopia and the films are in original version with English or rarely French subtitles, and movie directors are sometimes invited to preview their movie and receive questions from the audience.
Facebook

The Greek Theatre Society of Luxembourg or Theatriki Eteria Luxemvurgu (THEL) was established at the end of 1987 and is a member of the Cercle Culturel des Institutions Européennes in Luxembourg.
The purpose of THEL is, according to its statutes, «the organisation of theatrical activities in Greek language, as well as research and education on the performing art and techniques». THEL’s main activities include theatre shows, theatre workshops and seminars.
Facebook: https://www.facebook.com/greektheatresocietyofluxembourg

Association of Cretans in Luxembourg

The Association of Cretans in Luxembourg was founded in the autumn of 1993 by people who are in love with Crete. Its main purpose is to promote the Cretan and Greek culture. It organises cultural events and invites Cretan artists to perform Cretan music and dances in Luxembourg.
Facebook 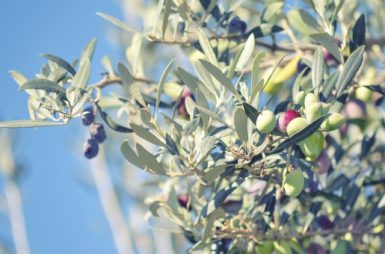 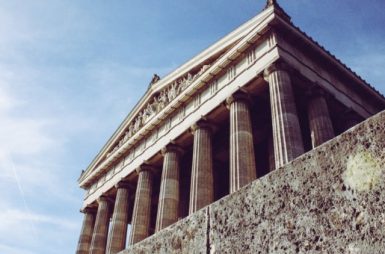 As a Greek, it is easier for me to build trust with a health specialist who speaks greek. I prefer to see a greek...

As a Greek of origin, I will explain how I manage to find Greek food in Luxembourg and continue to eat there like being...