On this page we present a quick overview of the bulgarian community in Luxembourg. You will find information about the institutions, the associations, Fb groups, and other useful references related to this community in the Grand-Duchy.

The Bulgarian community is composed by highly trained and educated people, speaking at least 4 languages, working for the European institutions and predominantly in the private sector in banks, advisory firms, public sector.

Bulgaria has signed its accession treaty to the European Union at Abbaye de Neumunster, in Luxembourg.

The Association bulgare au Luxembourg, Asbl (BGLUX) oversees the political life of the Bulgarian community and a bridge with the Bulgarian embassy in Brussels.
The association has a forum for conferences, sport events (e.g. local Bulgarian football team), exchange of information on useful links (where and what to buy, babysitters, where to bring the children during week-ends, travel with my car, etc.) and advices for expatriates.

Creted in 209, the Cultural Club “Gaida” is transmitting the Bulgarian traditions and customs, teaching folklore dancing, singing and inviting famous artists, singers and dancers in Luxembourg.

The Amitié bulgaro-luxembourgeoise Asbl is the oldest association created in the early 1990s by Bulgarians who came to Luxembourg to seek political asylum. Currently, this association is predominately composed by Luxembourgish citizens

Honorary Consulate of Luxembourg in Bulgaria 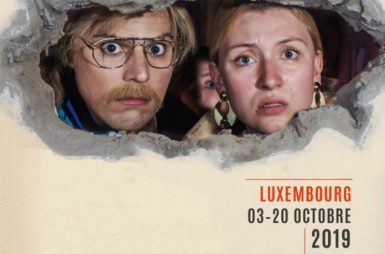