On this page you will find information about the institutions, the associations, FB groups, media, blogs and other useful references related to this community in the Grand-Duchy.

It is quite easy for brazilian people to integrate as portuguese is spoken by a large portuguese community living also in Luxembourg.

As almost half of Luxembourg’s population is foreign, the country, its population and its institutions are accustomed to receive foreigners and answer their questions. There are many supportive communities, which are extremely active and voluntary. As we are in the digital era, brazilian people will find plenty of blogs and websites with advice on moving to Luxembourg, in different languages, but mainly in English.

Traditional and recurrent events in Luxembourg

Those residing in the Grand Duchy must head to the Brazilian Embassy in Brussels, Belgium. Information is available on the website.

Brazil has no consulate in Luxembourg. As for the Embassy, we have to go to Brussels. You will find a wealth of information on the website of the consulate: Consulado Brasileiro em Bruxelas,. Click on the «Luxembourg» icon to find specific information for residents of the Grand Duchy.
The consulate also has a Facebook page

The Luxembourg Embassy in Brazil is the first Luxembourg’s Embassy on the South American continent. It was opened in 2017

Brazil Chamber of Commerce in Luxembourg

FFB organizes each year, in November, the Festival of the Brazilian Movie in Luxembourg. It offers an alternative to the stereotypes that are often associated with the image of Brazil. The festival presents the recent and award winning movies, mostly in various cinemas in Luxembourg. It also organizes discussions with directors and / or actors of the films shown at the festival. Their FB page « Festival of the Brazilian Luxembourg » is the fastest way to stay informed about the festival program and other cultural events sponsored or partnered by the festival. The festival is always looking for volunteers. Feel free to contact them to offer help.

Read also the interview of Pieca Levy, the initiator of the Brazilian Film Festival in Luxembourg.

Made in Brazil is an association which has three ambitions: to promote the Brazilian culture, to help the diaspora and to support the development process in Brazil.
They sponsor the actions of the Luxembourg Boy Scouts when they act in our country. Niki, the president of the association, cooks a delicious « feijoada » that he serves on his stand during the multicultural events organized by the municipalities or cultural circles, and he is present in almost all street festivals.
Those are opportunities for him and his wife, Ana Claudia – who prepares delicious cakes – to promote our culture through typical Brazilian dishes and drinks. Made in Brazil is the co-founder and eternal sponsor of the Brazilian Movie Festival.
To contact the association: madeinbrazil.asbl@hotmail.com

The largest newspaper of Luxembourg the Wort, is written in German, Luxemburgish and French in hard copy. But there are versions in other languages online: Luxembourg Times for English version, Wort in French and in Portuguese. This latter is called Jornal Contacto and also has a free printed version.
O Contacto is directed at the Portuguese-speaking community residing in Luxembourg which includes, in addition to the Brazilians, many Cape Verdeans and a huge Portuguese community.

has over 1100 members and is an inexhaustible source of useful information for all Brazilians, those who have just arrived in the country or those that have lived there for a long time.

The page contains more than 50 documents which respond to many questions, and gives useful information, as for example, amongst others, a list of accredited translators and a list of baby sitters. The last posted document explains the steps to follow to replace the Brazilian licence against the Luxembourgian one.

The group has a fantastic active and collaborative community. To become a member of this group, you must be a resident of the country.

The Facebook page “Luxemburgo informações e turismo » provides useful information to get you prepared for the move and answers specific questions from the Brazilian community.

This group is ideal for those who have young children. The publications on this page offer activities to be done with children and discuss issues related to motherhood and education.

5 things to know before moving from Brazil

An interesting article in Portuguese written by a Brazilian lady who lives in Holland listing the 5 things one needs to know before emigrating. 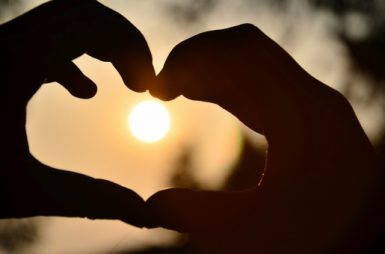 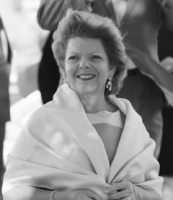 We have the pleasure to présent you Pieca Lievy, Brazilian Expat in Luxembourg, with an hectic and busy life. She is,...

What makes an expatriation a success or not? Regardless of what it brings your way through your expat exprience, your...